Although it might seem like we have an unlimited amount of water, the truth is a lot different. With population growth and climate changes, freshwater resources have significantly dropped. Over the years, the freshwater deficit has become a major challenge worldwide. One of the main reasons is the increase of different pollutants, which makes water purification difficult.

AOP: How Does It Work?

To better understand chemical oxidation, we should clarify what AOP stands for. It’s an Advanced Oxidation Process that removes pollutants from water by oxidation. In practice, it usually includes processes that include ozone and/or UV light.

A primary advantage is of removing organic compounds in the aqueous phase. That way, the compounds won’t transfer to other phases. AOP can also remove some heavy metals without adding any new hazardous substances. Additionally, some AOPs can even achieve water disinfection.

AOPs are not perfect, and the primary drawback is the cost. They need a continuous input of expensive chemicals, in the same quantity as the contaminants. Some techniques also require pre-treatment, which additionally increases the final cost.
That’s why AOPs shouldn’t decontaminate large amounts of wastewater. Instead, it should be the final stage of treatment. Before AOP, other treatments should be used.

For the past 30 years, Advanced Oxidation Treatments have been decontaminating water. The process has been thoroughly researched. Between 1990 and 2002, AOP seemed to be a new and questionable process. However, after 2002, research on the topic significantly increased.

Around 50% of countries studied only the treatment of industrial water, while drinking water takes as low as 20%. However, in countries such as the United States, the primary concern was drinking water.
Most researchers state that using Advanced Oxidation Processes is of great importance. AOPs perfectly remove bacteria, as well as pesticides and pharmaceutical products. Due to an increasing need for water purification after 2002, the number of research projects in China and Spain also increased.

Using AOPs in treating contaminated water was, at first, a questionable process. However, over the past three decades, research has proven the effectiveness of these processes. Despite the price, AOPs are the best method for removing emerging pollutants in industrial, surface, and drinking water. 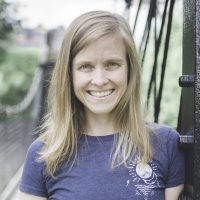