It’s summer vacation, you and your friends have just arrived in a beautiful resort. The sun is shining bright, the pool is clean and glistening. You jump in– and almost immediately you can smell the chemical stench of chlorine. You ignore it as you and your friends splash water amongst each other. Now, have you really thought about the effects of chlorine in water?

Here, Water Filters Advisor will aim to answer the question as to why chlorine is added to water and whether or not it is safe for human beings.

First and foremost, what is chlorine? Chlorine is a naturally occurring element and a common substance on earth. Next, Chlorine is also one of the major pollutants in drinking water. A process called electrolysis produces chlorine from ordinary salt by passing it through the brine.

Why Chlorine Is Added to the Swimming Pools?

Reason Chlorine Is Added to Pools

Imagine what would happen if a group of people jumped into a pool together. Obviously aside from a big splash, bacteria would spread all around the water. Not only that, but there are those (especially children) who take the opportunity to urinate in the pool since they think no one else is looking.

In fact, according to a 2019 survey, out of 3100 respondents, 40 percent of them admitted to urinating while swimming.

Urine is made up of many impurities including salt and waste products. According to a 2013 research, scientists have estimated that there are more than 3,000 chemicals in urine.

The chemical stench you assume is chlorine when dipping into the pool isn’t actually chlorine itself, but a compound known as trichloramine. Trichloramine is produced when chlorine associates itself with sweat and urine.

Chlorine is added to the water,  which releases a weak acid called hypochlorous acid in order to kill bacteria such as E. coli and Salmonella. Germs that lead to viruses that can cause diarrhea are also killed.

Should I Worry About That?

Many assume that too much chlorine causes irritation in the eyes. But, it is normally due to the buildup of urine and that not enough chlorine was added. However, over-chlorinated pools can negatively affect our hair and skin, causing it to dry out as well as causing visual irritation. That is why it is necessary to properly measure the levels of chlorine added to the pool.

Generally speaking, you really shouldn’t worry about chlorine. Minor irritations can easily be washed off and catered to by applying moisturizer so that the natural oils that the chlorine may have stripped away come back.

Even if you don’t rinse off, nothing bad will happen to you. Sure, you may be left with brittle hair and dry skin, but that is about it. Nothing dire to worry about.

To avoid eye irritation, wear goggles. Another alternative is to use lubricating eye drops after you swim.

Did you know that chlorine is not just added to swimming-pools, but to our water systems as well?

Chlorine is used as an efficient disinfectant to kill diseases such as bacteria and viruses that commonly leak into the water reservoir. Waterborne diseases such as cholera, legionnaire, and dysentery are virtually eliminated all across America and other developed countries thanks to Chlorine.

Chlorine has proven to be a powerful barrier in terms of regulating pathogens that otherwise make you sick. So, the U.S. employs chlorine by over 98 percent of its water system in order to disinfect drinking water.

But how exactly do you measure the amount of chlorine added to a pool?  There are many ways to do so. Here are a few of them:

Test strips are dipped into the pool and the color changes depending on the amount of chlorine added. After this, you compare the color of the strip to a chart that determines the level of chlorine. It only gives you the general idea of how much chlorine is added. However, as test strips are not entirely accurate and that color change is subject to interpretation.

A more reliable way of measuring chlorine is through a colorimeter. A colorimeter is a type of light-sensitive device that allows the absorption of a solution at a particular color of visual light to be determined. Using a colorimeter guarantees instant results as well as continuous testing.

Furthermore, with this method, it is unlikely to encounter human error since there is no need for the operator to perform visual analysis. That being said, maintenance of this method is highly necessary as well as the cost of chemical reagents.

It also does not need the same chemicals that a colorimeter does. Therefore, this method costs less to operate. However, keep in mind that sensor probes may be initially expensive.

Chlorine is a chemical that is highly effective when used to kill bacteria in our swimming-pools and water systems. While we have discussed the potential hazards when it comes to the chemical itself, when used properly and in safe amounts, chlorine is very helpful.

With all the information above, you are one step closer to knowing everything you need to know about chlorine and water safety, so you shouldn’t worry at all the next time you fill your glass with water. 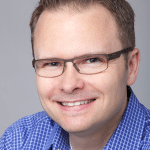 Pat is an accomplished writer and technical expert in water systems and the effects on our environment. He has a wealth of knowledge and is one of our strongest technical writers when it comes to water systems.

Do Salt Free Water Softeners Work?
Next Post: Turning Hard Water into Soft Water – What You Need To Know »

Chrissy Arsenault, MBA, RDN, LD is a Registered Dietitian Nutritionist (RDN) based in the Indianapolis-area. She's a Licensed Dietitian in the state of Indiana. Chrissy is an expert review member for our site. As a nutrition communications expert, she works with food companies and media outlets to translate scientific information into easy-to...

We aim to inform our readers on the impact water filters have on our drinking water, being determined to help you choose the right product.

Although it might seem like we have an unlimited amount of water, the truth is a lot …

We all know that 70% of Earth is covered with water. However, only 1% is available for …