Boiling water is a simple process, so this seems like a simple question. However, there are more details to consider than you may realize. In fact, knowing a few things related to boiling water can be quite helpful when it comes to cooking as well as other situations. In this article, we will explain everything that you need to know about boiling water. 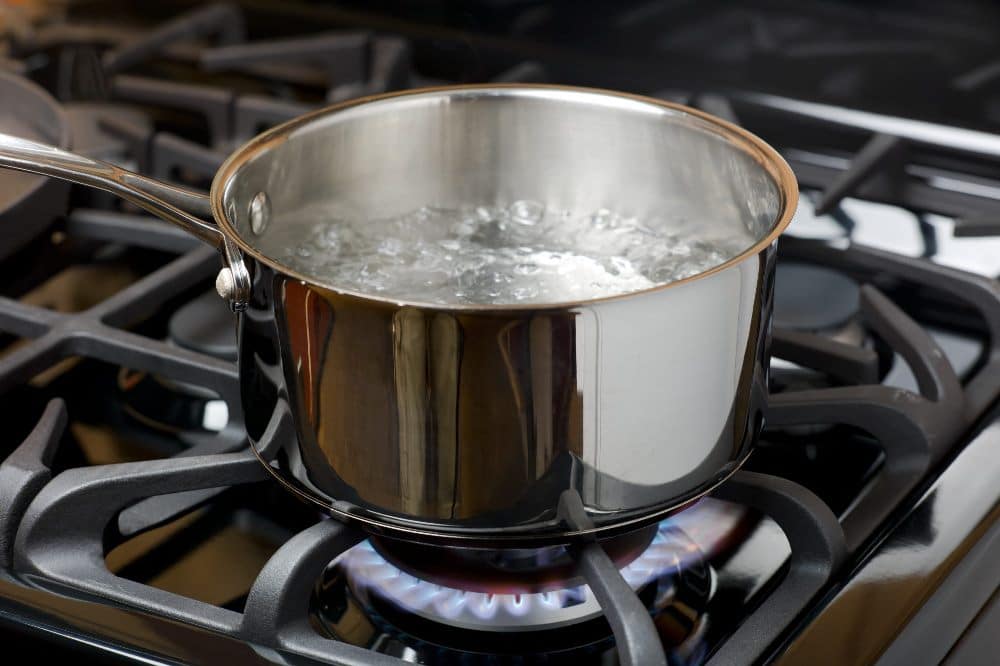 Basically, a single liter of tap water will boil in approximately 7 minutes on a gas stove and around 10-11 minutes on an electric stove. If the water is completely pure, it will take 2-3 minutes less. However, there are a few more details that can affect boiling time.

You have probably noticed that water doesn’t always take the exact same amount of time to boil. For example, water will often boil faster in a smaller pot. Also, if you’re cooking at a high altitude, you might have noticed that the boiling time is also impacted. Let’s look at some of the main factors that can impact the overall boiling time of water.

If you boil water in a place with low water pressure, it will take less time to start boiling. Overall, the boiling point of water significantly decreases with a rise of the elevation. Therefore, if you boil water at sea level, it will take more time to start boiling compared to someone boiling water in the mountains or otherwise at a higher altitude.

Whether the water is pure or not also affects the time it will take to start boiling. For water that isn’t totally pure, the impure particles will absorb part of the heat, taking it away from the water molecules. This situation also applies to salty water because the salt needs to vaporize first before the water can fully absorb the heat to boil.

The heat source is also an essential element when it comes to boiling water, because different heat sources will transfer heat more or less quickly than others. For example, you can boil almost three times faster in a water heater than using a stove. An even faster option, you can boil water in just four minutes with a microwave oven. So, depending on the heat source you’ll be using, you’ll want to plan for a different amount of time to bring your water to a boil.

4. The Amount of Water

Obviously, the amount of water also directly affects how long it will take to bowl. More liquid in a large pot will take much more time to bowl than less liquid in a small pot, simply because there are more water molecules that need to absorb the heat. While it’s important to use enough water for whatever dish you’re preparing, try to avoid using more water than necessary to cut down on your boiling time.

How Much Energy to Boil Water?

We’ve already mentioned that energy is needed to boil water, but just how much energy is required to boil a liter of water? To increase the temperature of one gram of water by a single Kelvin, four Joules of energy are required. If we assume that the water is at 21C (room temperature), it will take 330 Joules to boil. However, this rule only applies for pure H2O – so more Joules will be required to boil tap water. All in all, this information is mainly for people who are into chemistry. When it comes to boiling your water on the stove or with an appliance, you’ll want to use a high heat setting, because you can’t apply Joules through your typical cooking appliances.

One of the biggest benefits of boiling the water is that you can remove impurities and make the water safe to drink. Especially when you go hiking or otherwise don’t have a reliable source of potable water, boiling water is a great solution. However, be sure to boil your water for at least 2-3 minutes to remove impurities, or at least one minute if the water has already been filtered.

However, there are many other uses for boiled water! For example, boiling water also removes pathogens, kills cysts, and destroys things like fungi and bacterial spores. Drinking boiled water also increases blood circulation, relieves nasal congestion, and improves the central nervous system. Ultimately, knowing how to boil water is not only helpful for cooking, but can even be life-saving. For example, if you go hiking and only run out of clean drinking water, knowing to boil any water you find will make a huge difference in allowing you to stay hydrated.

Why Does Water Take So Long to Boil?

You might have noticed that when you want to make a cup of tea or some spaghetti for lunch, it takes an extended period of time for the water to boil. According to physics, water is a really bad conductor of heat. Because the molecules are constantly moving, water takes much longer to warm up compared to air. However, once it gets warm, the water takes longer to cool down again.

There are a few tricks you can try to get your water to boil faster:

In general, while most people think that water only boils at a certain temperature, the temperature can actually vary depending on several factors. Basically, the water will start to simmer once it reaches between 170 and 210 Fahrenheit. The sooner you can get the water within that range, the faster it will boil.

How you boil your water will depend on why you need it. As mentioned, there are several different uses for boiled water. Let’s discuss a few:

If you need boiling water to cook, the first step is to find the right cooking vessel, like a pot. Additionally, if you have a lid to put on top, the water will boil faster. After you choose the pot, pour the water into it. Make sure to use cool water.

As you’re filling the pot, make sure not to add too much water. Because you’ll be adding food to the same pot later, you want to make sure the pot won’t overflow or splash onto you while you’re cooking.

Once you’ve filled the pot with the right amount of water for your recipe, place it on high heat with the lid on top and wait until it starts to boil. Now, it’s time to add the food. Don’t add the food before the water boils or it may affect the taste, texture, or cooking time.

Boiling water only to purify it is different than boiling it for cooking. It’s also good to know that when you boil the water, you will remove almost all impurities and make it safe for drinking. Simply pour the water into a vessel of your choice and put it on high heat. When it starts bubbling, let it boil for three to four minutes to kill all of the harmful bacteria. 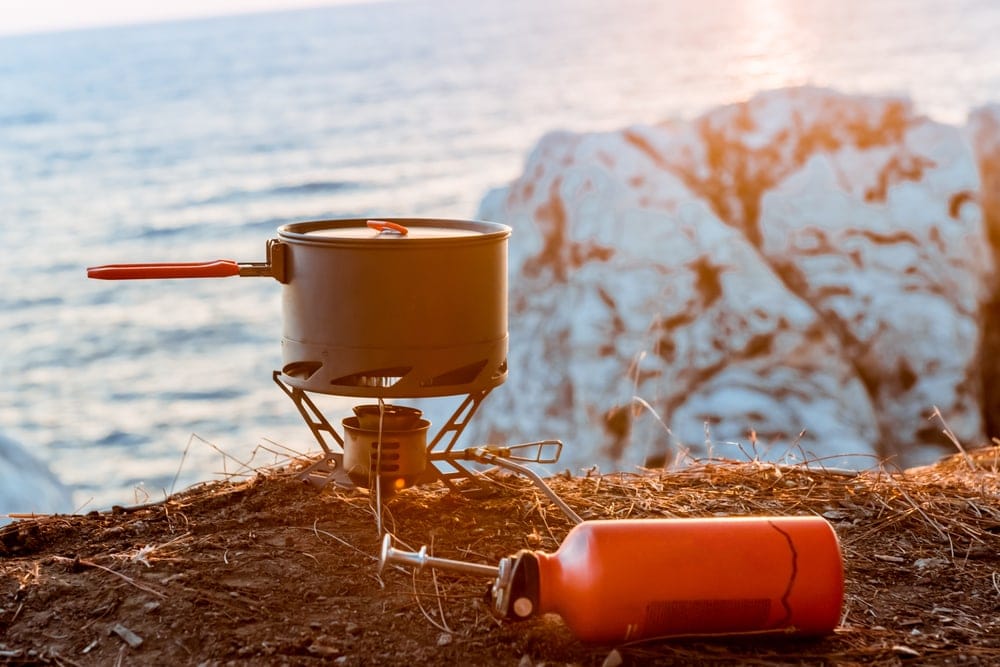 If you are in the mountains at a high altitude, the water will start simmering at a lower temperature. In that case, let it simmer a few minutes more. Then, pour the liquid into a tightly sealed tank and keep it cool. If it has bad taste, pour it between two tanks a few times so that the air can reach the water and freshen the flavor. You’ll also want to start with more water because the more water will evaporate when boiling at an altitude.

As you can see, boiling water can be different in different situations, depending on where you’re boiling the water and even how you plan to use the water. From cooking to purifying water, knowing how to boil water quickly for your task will make a big difference. 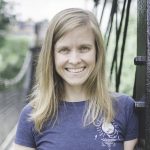 WaterFiltersAdvisor is a participant in the Amazon Services LLC Associates Program, an affiliate advertising program designed to provide a means for sites to earn advertising fees by advertising and linking to Amazon.com. This is how we afford to provide expert content.

Disclaimer: Statements on this site have not been evaluated by the Food and Drug Administration and are not intended to treat, cure, diagnose, or prevent disease. All statements on this site are opinions based on expert reviews by professionals in their field. We are not doctors. If you need medical help or need medical advice, please talk with your doctor.
Privacy Policy | Terms of Use